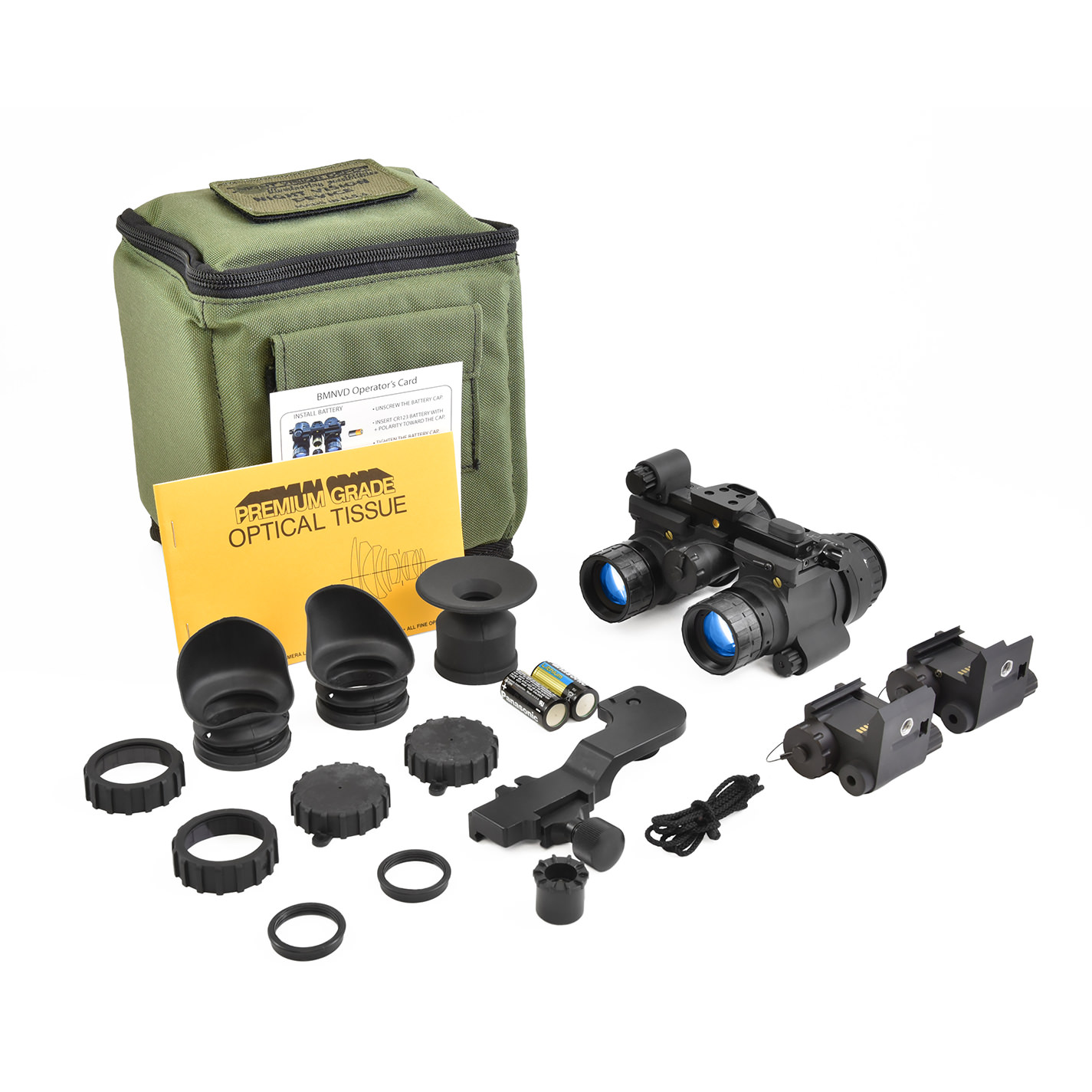 The NVD Binocular/Monocular Night Vision Device w/Gain Control (BMNVDG) is a revolutionary new concept that combines all the best features of a Monocular and Binocular device into one fully functional Night Vision product.

Prior to the BMNVDG, most bridge type designs attempted to combine two independent monocular systems into a bridge in order to make them into a binocular. This required the use of two fully functioning monocular systems such as two PVS-14s. Although this concept worked, there are drawbacks to this method, some of which are serious. These include an inability to collimate the binocular system and being extremely heavy due to the redundancy of having dual batteries, circuit boards and large amounts of plastic housing material which is required by each monocular, but would otherwise be unnecessary in a true binocular design.

The BMNVDG incorporates Gain Control. Each monocular has an independent gain control knob to allow the user to adjust the tube brightness (gain) lower to compensate for overly bright conditions or to increase the gain under extreme dark conditions. The gain can be adjusted when used as a binocular or as two individual monocular's.

The BMNVDG utilizes MIL SPEC AN/PVS-14 optics and accessories, which makes for a truly affordable high quality system. Two PVS-14s can be easily converted into a BMNVDG, which will allow the 14s to still be utilized for every application that the AN/PVS-14 does, and will also allow them to be used as a true dual tube goggle, which is lightweight, fully collimated and nitrogen purged.

The BMNVDG operates on a CR-123 battery and is also available without gain control. Each piece can be purchased separately or together as a kit. Please contact us at (702) 324-6463 if you have any questions or need additional information. 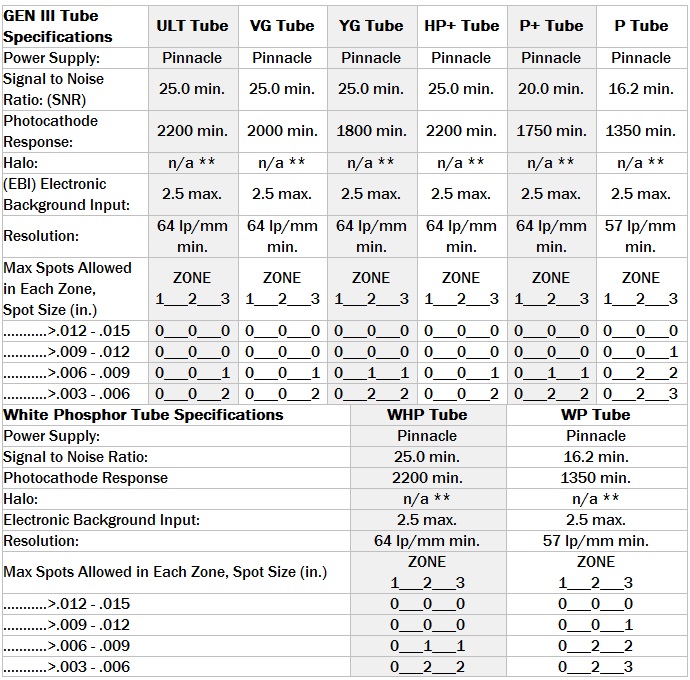 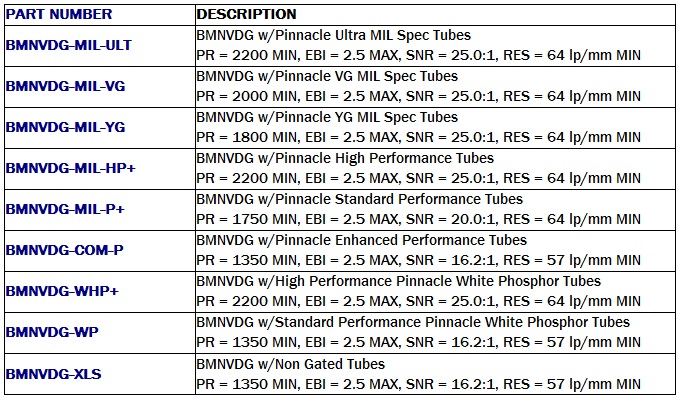